From Navy Blue to County Blue. 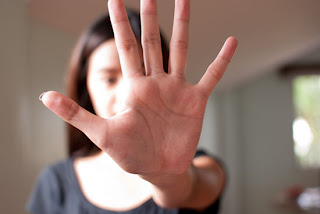 I can't say I have ever really been motivated to participate in sport. Even as a Doncaster schoolgirl, being forced out onto a hockey pitch in the middle of winter dressed in T shirt and navy blue knickers was akin to the worst kind of Victorian child cruelty. I applaud Danny Kaye's sentiments when he said his favourite form of exercise was jumping to conclusions. That's not to say I aspire to couch potato status, but I have always preferred the gentler option of watching sport to actually participating in it.
I grew up with an elder brother who threw himself into cycling in the manic way elder brothers often do. These were the days of Tommy Simpson and Beryl Burton, sporting icons who inspired a generation to get on their bikes and compete. I recall being mildly intrigued but unable to understand or appreciate the appeal of flogging your body until it became a sweatball!! In the winter months, my bizarre brother would wrap layers of newspaper around his torso before going out for a gruelling training session. On his return, and to my disgust, he would peel off the said saturated layers before sitting down to a meal that would satisfy Godzilla. Ughh!! All this to be declared fit! 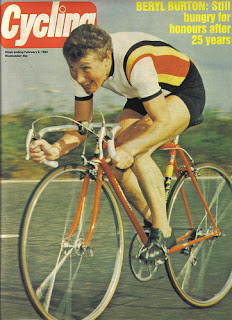 As for football, my first memory of being unwittingly drawn into the back pages of the press was through sports photography which depicted Premiership footballers in dynamic poses showing off their toned muscles and overinflated egos whilst supposedly giving their all for their team. I likened them to Greek gods in more ways than one. They might have been capable of launching a few thunderbolts and bewitching the crowds but behind the scenes their lives were as glamorous, but as seedy, as those of the ancient deities.
At this time, I was vaguely aware of lower league football but it happened in another place to the world I inhabited. I had never been to a live football match in my life and could not imagine the occasion that would ever draw me through those turnstiles to sit with the home crowd. I eventually saw the inside of Edgeley Park through a friend who had been a lifelong County supporter, taken to games by her father as a child and firmly stricken with the County bug from a very early age. Surely this is the perfect way for a club to ensure a steady fanbase. So many people today , especially women, have probably never set foot in a football stadium in their lives and so have this disturbing vision of the tribal masses that gather there. If only they could have been taken as a child and allowed to feel a child's thrill of actually watching a live game as well as being part of the infectious atmosphere where elation and despair run like an electric current through the stands.
Never having had the luxury of a football-mad father, I took the hard road by letting County drip slowly into my psyche. I recall being stirred but not shaken by the record season which saw County not lose a game for what seemed an age. I also recall my friend's triumphant visit to Wembley in 2008 to watch Jim Gannon reach promotion success with his creme de la creme. I listened to the match on a crackling transistor radio and felt the seeds of that nervous excitement that has never left me to this day when the team is performing at its best. 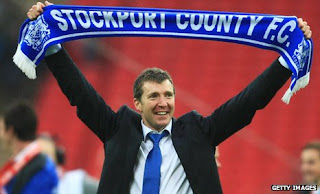 When I finally got my chance to attend a live game, I was blessed to watch that magnificent group of players that included the likes of Anthony Pilkington and Carl Baker destroy Yeovil Town 5-0 at Edgeley Park. It had taken more than half a lifetime but now I was totally and incurable hooked!!
Pauline Coddington (A Footballer's guide to Feltmaking)