Showing posts from September, 2017
Show All 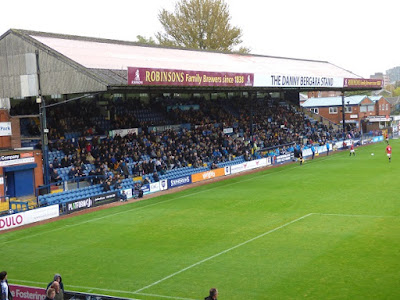 I really hate the sad old cliché `Game of 2 Halves', but this was very much that, with irritating knobs on!  The first 45 minutes consisted of County in cruise mode coasting silkily   to a 3 goal lead which they held until the break. The anti Gannon brigade will latch onto Jason Oswell's half time substitution as the reason why that 3-0 lead vanished in its entirety in the 45 minutes that followed, but is that enough of an explanation?    Oswell- a threat. It was a collective failure for me, particularly defensively, and what is the Manager to do   when a player indicates a tight hamstring? Keep him on and risk it...surely not! Oswell's replacement Harry Winter should have insulated County against   any FCUM comeback, instead there was a procession of second half attacks from the men in red and white that at times had us in knots. FCUM attack through Mantack. That said.....the equaliser was   as good an example of pantom
Post a Comment
Read more 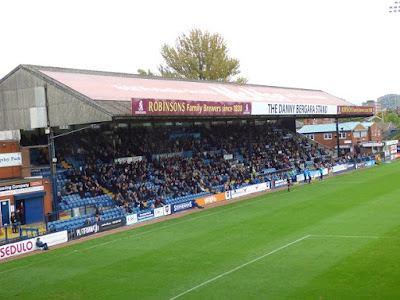 The English Football Pyramid is a wonderful thing, encompassing as it does over 7000 teams shoehorned into 20 meticulously organised levels. No matter which level within that vast structure a team resides, they can always anticipate tough games. We are all familiar with games against   sides on a roll who put you under constant pressure before dispatching you with practised efficiency. Other teams arrive at your place and `park the bus' and that is another type of tough encounter, made even more so when said bus parkers emerge to hit on the break and leave with the points.  Then there is the game when the opponents are languishing at the foot, or near the foot, of the division. These are easy aren't they ? Err.....pardon me....no ! We are all familiar with the `play well against big teams/ under- perform against minnows' syndrome, but there was none of that on show today at Edgeley Park where struggling North Ferriby United   were the visitors. N
Post a Comment
Read more
More posts