Showing posts from January, 2021
Show All

By hedgegrower - January 21, 2021
Simply Disgraceful ! This day will rank in infamy    with some of the darkest in our Club`s history- the owners of Stockport County have sacked Jim Gannon…..a dreadful decision......... totally bereft of merit, and one heralded by a shamefully inadequate announcement, as insulting to County fans as it is to Jim. Champions under Jim in our last completed season, fourth in the league after as impressive a win as any Club Chair could wish to witness from his team on Tuesday, despite the interrupted nature of the current season, and clearly playing well, so this smacks of something other than prudence or good decision making and as for being rational and fair………….. Sadly the Club`s owners rather added to the anger their foolish decision has already triggered, by stating that the decision was not results based, but based on `culture`.   Jim is a proven quality Manager , who knows what it takes to make County tick, has done so many times in the past, and   has forgotten more about Co
9 comments
Read more 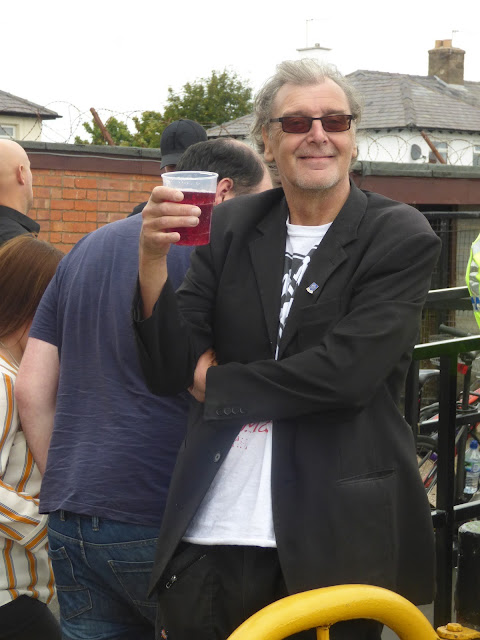 Hatters Worldwide- 11 Phil Robinson ( Burnage).     Now something of a tangential switch some might argue, but not I , as long time County stalwart Phil Robinson makes his case out for County Exile status……..       Absolute Rubbish !   My name is Phil Robinson and I’ve supported Stockport County all my life. Born in 1961 (the year that it became official that Rock & Roll was on it’s a**e)... My father first took me to Edgeley Park as an infant, early memories are of being whacked squarely in the face by the (old style, heavier) ball courtesy of a gormless Doncaster centre half ,and pre-match sitting on my dad’s shoulders to observe the steam trains on the turntable outside Edgeley Railway Sheds...he wasn’t happy, I was 22 at the time. My first paper round helped secure funds for my first full home season...72/73. Soon after I was attending away games, but went to around 20 odd grounds before seeing us win!...a superb evening`s entertainment versus
Post a Comment
Read more
More posts