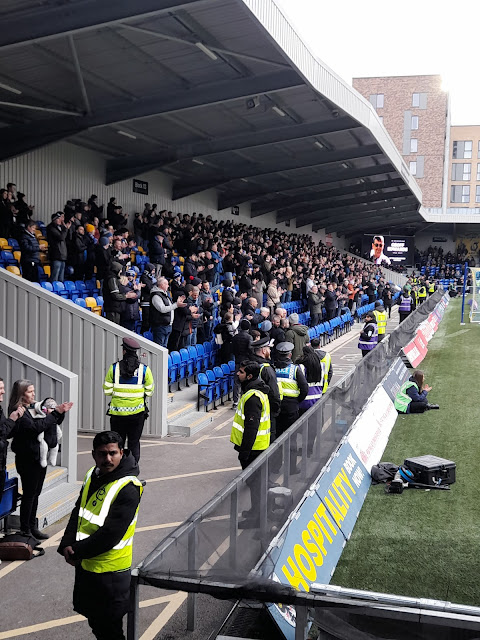 County went down 1-0 today at Plough Lane in a dreadful game that was ultimately decided by a masterful  display of the dark arts by John Jackson`s AFC Wimbledon side that left a sour taste in the mouths of   over 1100 travelling County fans and surely any neutrals present! From the off, our hosts fed off the referee`s gullibility with a rich mixture of fouls, feigned injuries and assorted time wasting.   County seemed not to be fazed though, indeed slowly began to impose themselves but this proved an illusion quickly punctured by Hippolyte`s missed penalty, culminating in Pell`s goal for the unimpressive Dons early in the second half that was the cue for the most prodigious display of time wasting and fouling I can recall seeing-   designed( successfully) to disrupt the games flow   and rhythm. If I was disgusted at Wimbledon`s tactics I was equally disappointed with County`s response. The edge was clearly off their work after the break probably not unrelated to some of
Post a Comment
Read more 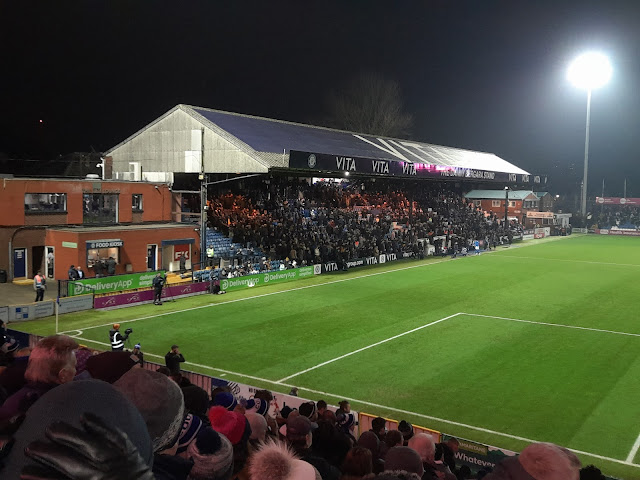 Edgeley Park was no place for the faint-hearted last night where County went head-to-head with Bradford City. From the off there was far too much tension about the old place which resulted in good football being at a premium as both teams struggled to get the ball down and take a moment to think about things. No, it was up and at `em from the first blast of Mr Coy`s whistle with both sets of players not willing to give an inch to their opponents and both defences more or less in control of matters. County had a good few chances in a 10-minute period after the break to maybe have nicked this one, but then Bradford pressed a fair bit after this albeit without ever looking that likely to put any of the half chances that came their way away. Long before the finish it looked a 0-0 result, but this only served to ratchet up the tension a notch or three with neither outfit fancying being caught out by a late breakaway goal. In the end, press as both teams did the game stay
Post a Comment
Read more
More posts