Showing posts from January, 2020
Show All

The Good the Bad and the Ugly 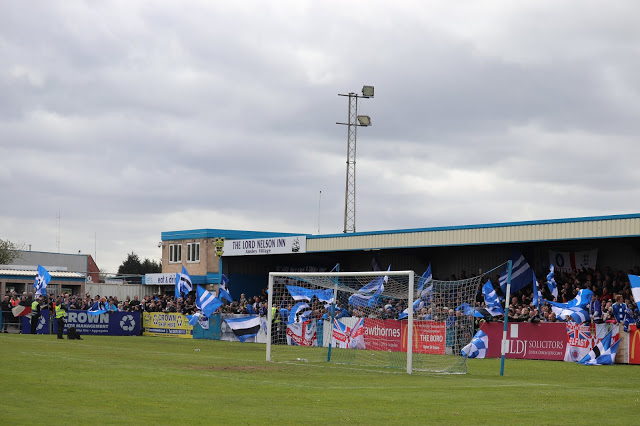 As the expectations and excitement of the recent take over fuel our imaginations for the coming months and years, what, I hear you say (not) about our experiences so far since that tumultuous day at Nuneaton last April ( see header pic).  Has life in the National League met, exceeded or failed our collective or individual desires?  What am I talking about, at the time of writing one place adrift of the play off births with new players aplenty including the return of Danny Lloyd. All this achieved largely with the same players from last season minus Warbs and Duxbury and the unfortunate Darren Stephenson. Dazzer- missed !  A decent start with away draws at relegated Notts County and Yeovil petered away into a poor September that finally got back on track with a draw away at Ganders Green Lane , Sutton, that actually should have been a win or at least a potential win...... Lesser Crested Hammill, as seen at Sutton. .................... which leads
Post a Comment
Read more 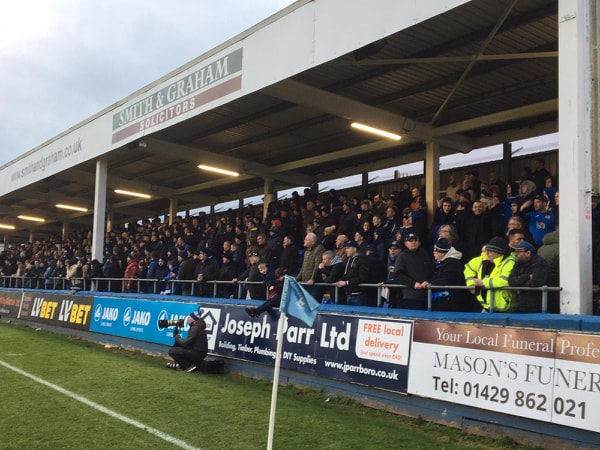 Away  End ( Gemma Wilson ) So, it was back to standing with County Supporters today for old hedgie, following the actions of Hartlepool United FC in refusing the writer and Andrew Machin   pitch side access- question…did you see an overabundance of photographers pitchside today? Thankfully County fans responded brilliantly sending in their photos , taken during the game, and these are the sole pics used in this report, and massive thanks are due to County Supporters Gemma Wilson,Keith & Kevin Lee and....Andrew Machin who sent  3 sneaky one`s in, for their support with this one.   Being Watched ( Gemma Wilson ) Circa 2.50 or so I was even more impressed as the same supporters filled the chill north eastern air with a brilliant selection of suitably bullish County ditties- the atmosphere was fantastic….electric even.   Andrew Machin close up of Away End. Then the game started , and it all went somewhat down hill! Teams
Post a Comment
Read more
More posts