Showing posts from May, 2015
Show All

Bung Update and Call to Arms from Help the Hatters ! 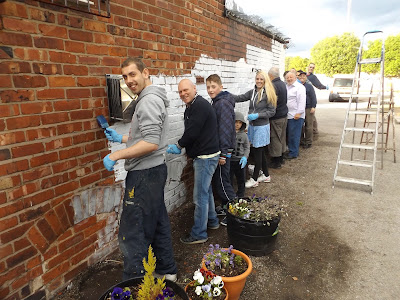 Casting aside my tremendous good fortune , courtesy of Tesco……..  and pushing to the back of my mind for a short while the hugely disappointing news that Team Hedgegrower had had to settle for joint 1232 nd position( out of 1856 I quickly add if you are tempted to scoff!) in the Non League Paper Fantasy Football League( just 1 place and 2 points ahead of `Old Socks’),   I headed for the Bung circa 9.30 today. The proposed WP did not happen, due to the weather, but it gave me the chance to look round, and update my photo albums with a snap or two. First stop was the `Smokers Corner’ where I knew that stuff was afoot! Ralph`s initial handiwork had received two coats of the `ubiquitous brown’ that Biggles had obtained( more on the way Biggs has advised me ), in the preceding week, so I was   anxious to view progress . Ralph makes a start ! On Thursday …….Ralph, maintaining his force of nature status, was seen reversing his people
Post a Comment
Read more

Comings and Goings at Edgeley Park ! 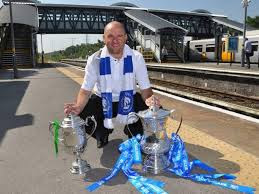 It is barely 2 weeks since Neil Young was appointed Manager of Stockport County, but…as the blog has been unusually quiet of late, I offer this briefest of updates ,as to where we are as at Friday 29 May 2015, as we contemplate another season in Conference North. Neil Young came to us with a relatively short managerial career littered with honours-three successive title wins at Chester, where his win ratio was 63%, being the pinnacle. It was not long before County’s new Manager was making his presence felt, and a string of familiar faces headed for the Edgeley Park exit door, and a further half dozen were made available to interested clubs, amongst these Club Captain and County favourite Mark Lees, who would have been disappointed with this conclusion to a season in which he had stood out alongside Stephen O`Halloran at the back for the blues.  The excellent O`Halloran had exited earlier, of his own accord, which, should Lees find a new club, would leave onl
Post a Comment
Read more 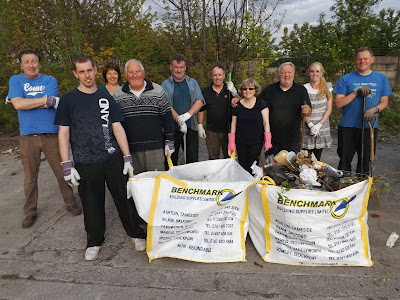 In just over 24 hours between 6 p.m. Wednesday and   after 8 on Thursday 14 May, Help the Hatters swung into action again to   do stuff that needed doing. Wednesday saw a team of 11 in the thick of it at the Booth Street Car Park , where there was a need to do a `litter pick' to ensure the site was in reasonable nick for the next Car Boot on 25 May.  These two pics by David Wright give you an idea as to what the group were faced    by.... Alan was first to show and soon laid into the   area to the left as you enter the site.    Alan gets stuck in........ The area was difficult to deal with due to the thick bushes thereabouts ,but   he coped , clearing a prodigious amount of accumulated assorted rubbish, being joined by Natalie, Jules and Ralph later.   Chris, David & Hopsky at the double.... David   , Biggles , Angela , Chris, Jules and Nats got on with the job moving along the left hand flank, whilst Fitzy and Mike were
Post a Comment
Read more
More posts