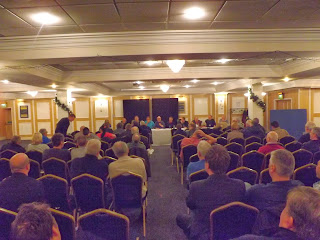 The Stockport    County  Supporters  Cooperative AGM was a resounding success last night in the Insider Suite at Edgeley Park.
The Cooperative, basking in the recent success of their ACV  application, got down to the  business of tackling the problems that beset the Club, and as a first step towards this  elected 7 new faces to the Coop Board. I say new faces but none of the seven I am guessing will be remotely new to the broader fan base- they have all been supporters for a long while.....have been ,and are still feeling the pain we all endure just now.....in fact no trippers here just serious supporters wanting to do a job!
The seven who join Russ Johnson and Mike Davies , who have done a brilliant job in extremely difficult circumstances for the Coop, and Independent Secretary Mary McGee-Wood  are.... 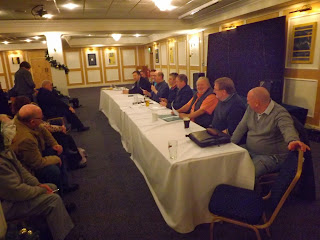 First appearance for the new Board.

They each gave a short speech to the meeting ,following which they were confirmed elected unanimously, and it was particularly gratifying to hear John Fitzpatrick and John Gaskin reaffirm the desire to cement the link between Help the Hatters and the Supporters Cooperative, in the still flourishing spirit of `Stronger Together' . 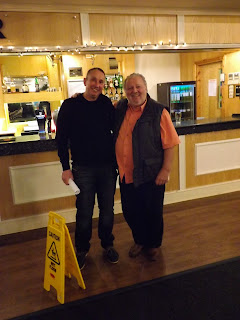 A word from Supporters Direct which was well received, and the meeting concluded with an awesomely good `Question and Answer' session that really highlighted fans concerns and the determination of those on the Board to try and tackle them.
In short an excellent start for the new Board who are pledged to keep supporters of this great Club fully informed going forward.
Join us........