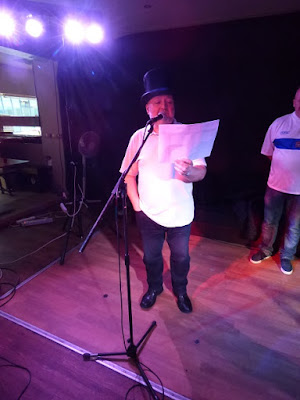 With Brackley firmly cemented in the play-off positions, & County striving to achieve the consistency to do likewise, the time has come for Man-in-a-Hat to intervene (the collapsible top hat should guarantee a County win).

Put simply, I must take one for the team, i.e. stay over in Brackley & wear the hat to the game. And, I am willing to undertake this sacrifice despite there being no Good Beer Guide pubs in Brackley. In fact, there isn’t even a Wetherspoons, which could lead to the troubling scenario of travelling County Supporters aimlessly wandering the streets of Brackley.

However, it’s not all bad, as the Saints Bar at Churchill Way (which also welcomes away fans I gather), boasts real ale, including stouts, so that’s pre-match sorted (& post-match probably).

The plunge has well & truly been taken, with full matchday hospitality booked. Furthermore, I’m hoping to meet up with County legend George Haigh, who often drops in at Brackley when County play, as this is the nearest to George’s home that County play at the moment.

This being the first Man-in-a-Hat excursion of the season, there was only one way to approach it - leisurely.

So, the plan is to get the train down as far as Banbury on Friday, then get the bus on to Brackley, arriving in time to check in at the Crown Hotel for 2 nights, which is close to the football ground, but more importantly also serves real ale.

There’s a couple of other Brackley boozers on my radar, the Red Lion (already flagged up by Hedgegrower) & the Plough Pub & Kitchen. Friday evening is likely to be a taxi out to a pub called the Stratton Arms, which does 5 ales, but is also highly regarded for its food.

Brackley, is a Nearly Town?

Not much to say about the town of Brackley itself really. A bit of a nearly town you could say?

A sort of castle, just 3 meters high with a 7 meter deep ditch. Look mate, I’ve done Cornwall & Wales, and that doesn’t constitute a castle in my books.

The Magna Carta was nearly signed there. Nearly! It was singed at Runnymede over 800 years ago - get over it! 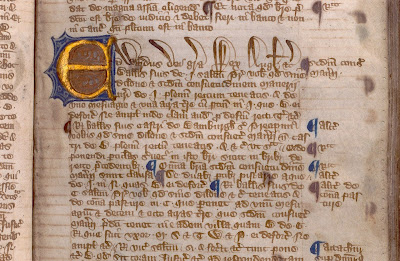 And, under the heading of “sport”, Brackley boasts being the home of the Formula One Mercedes Team. Well, I suppose F1 is nearly a sport.

Unfortunately, there is nothing “nearly” about Brackley Football Club, who are genuine top 3 contenders, & will be a very stern test for County.

Leisurely Amble Back to Stockport

On Sunday, it’s the bus back to Banbury, and then stay over 1 night at the Cromwell, again a real ale pub.

The only pub in the Good Beer Guide I’ll be visiting this trip is the White Horse, which has 10 ales on offer, and just happens to be across the street from the Cromwell (can’t see that ending well).

The other main target in Banbury will be the Cherwell, which serves 8 ales.

Back to Stockport Monday lunch time to rest up ahead of the Spennymoor game, write my report & send in all the pictures I get of you lot!

As you know, you can find all of the pubs I try on the excellent CAMRA website http://www.whatpub.com