Could Lancaster be the Best Ever Away Trip? by Man in a Hat 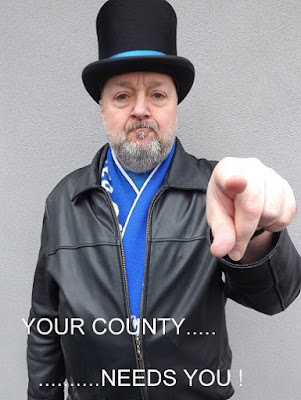 All County Supporters will have their views on the various elements that make a great away trip. No doubt this is debated at length on the Fingerpost coach, on trains and in cars every fortnight for 9 months a year.

As you know, for me, the perfect away trip following County involves staying over at least one night behind enemy lines, and immersing myself in the local real ale.

But there are other factors, such as ease of journey, having everything close together (in order to minimise the chances of getting lost), visiting a new ground, and, I do like a good castle!

Ironically, many County Supporters will tell you that the actual result of the game appears some way down their list of things required to make the trip special.

Well, our visit to the Giant Axe (how cool a name is that!) has the potential to tick all of the boxes - and some.

There are direct trains from Piccadilly every hour. The journey takes an hour, £25 return.

The ground is less than 5 minutes walk from the train station.

6 of the 7 pubs featured in the 2018 Good Beer Guide (count ‘em) are less than 5 minutes walk from the station, and some of these offer accommodation.

I’m actually slobbering as I write this.

Like a bit of heritage on your way trips? The last time County played a competitive game at the Giant Axe was Saturday 25th November 1933 in the First Round of the FA Cup. This is so long ago, that Lancaster were still called Lancaster Town! County won 1-0, with Alf Lythgoe scoring the winner in the 81st minute. 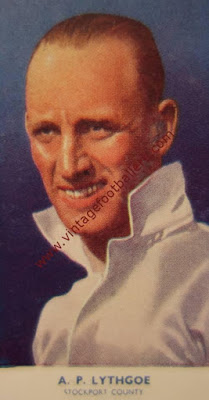 There are actually only 3 County Supporters still alive today that were there - George Haigh, Eric Brown and Phil Robinson.

Also playing for County that day, was Teddy Humpish (SCAN 402), who made his debut August 1932 in County’s 5-1 home thumping of Darlington. Teddy made 58 appearances for County during his 2 seasons at the Club, scoring 11 goals as a Centre Half (does that ratio remind you of another County legend?).

Did you know that Lancaster City’s nickname is the Dolly Blues? Apparently, this is a reference to dolly blue washing tablets and bags that were manufactured in the early 20th century.


The club's team colours are also the same colour as the tablets. This is now more often than not abbreviated to The Dollies.

Anyway, what about that Castle (also less than 5 minutes from the station)? A proper 11th Century full blown Castle with dungeons and everything. Not like that poor excuse for a castle at Turku, which was basically just some Finnish bloke’s big house, with extra bits added on! Just compare these pictures.

Furthermore, there is a Festive Fayre at Lancaster Castle this weekend, with Christmas market stalls, street food, mulled wine and cider (Tim please note), cakes and treats, a Santa’s Grotto and a Christmas music and stage programme.

With the Good Beer Guide pubs alone boasting 52 different hand pulls between them, Lancaster can’t be done properly in 1 evening, so I’ll be staying 2 nights, hopefully at the Sun, which has 10 real ales of offer.

How far is the Sun from the station? Less than 5 minutes or course!

Pre-match I’ll be heading to the banks of the River Lune to check out the Waggon & Horses (a Robbies pub) and the George & Dragon. Rumour has it there is a short cut to the Ground across Quay Meadows. Perhaps I will manage to get lost after all?

And yes, my hat is already packed!

As you know, you can find all of the pubs I try on the excellent CAMRA website http://www.whatpub.com

See you there (or maybe even on the train)!

Man in a Hat

Man in a Hat Miscellany