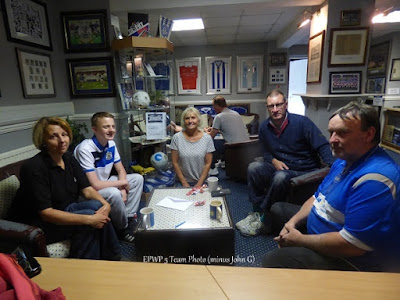 Morale was at a low ebb , it being a Monday, as hedgegrower made his way to Edgeley Park for the fifth Help the Hatters Working Party session of this current close season.

The sun was shining timidly behind a bank of impenetrable northern clouds and  whipped by a slightly unseasonal breeze.

No matter…Help the Hatters were soon arriving….not in as great a number for sure,  with numerous staunch workers either on holiday or working elsewhere…..but arriving none the less they were and the first of these was Jordan Stanway who , in a break from College, was showing up for the first time! 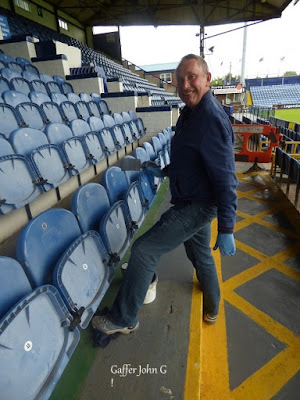 Just back from holiday and looking disgustingly healthy, Treasurer John Gaskin soon set about pairing persons with jobs and Jordan was the first to cop in this respect, being assigned  to sweep the Railway End with Angela. 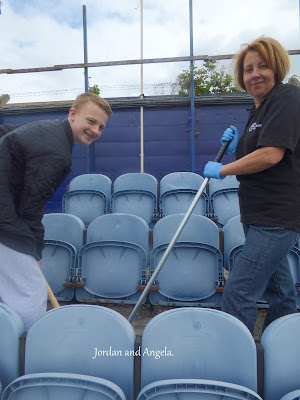 Meanwhile Anne , as usual, was hard at work under the Danny Stand priming sundry surfaces for Phase 2 of the superbly executed paint job in the corridors twixt the Bar and the Board Room. 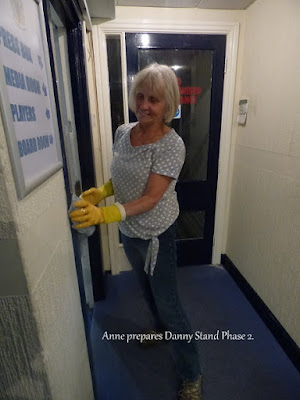 You can get a flavour of what Anne and sister Jan have put together  in Phase 1 , from this photo, more to follow as work progresses. 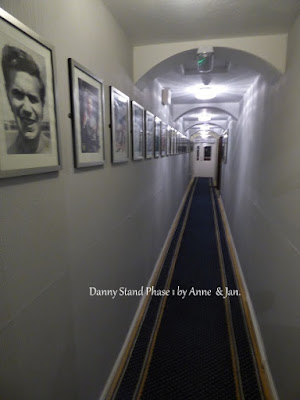 Along from Anne old hedgie found Ralph who was hard at work converting the away dressing room into the home one. 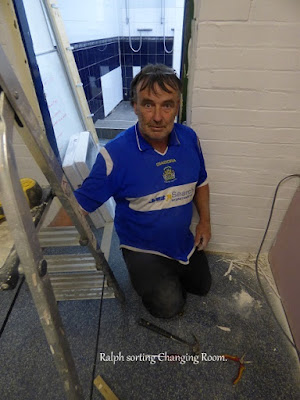 Ralph has a ridiculous well of ideas…energy and skills , and the Club is continually the beneficiary ! 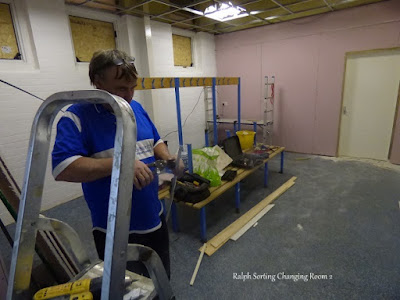 Old hedgie had broken off from painting the Danny Stand steps, with Edd, to take the photos, returning to find him , for the safety of his fellow workers,  applying the paint from behind bars... 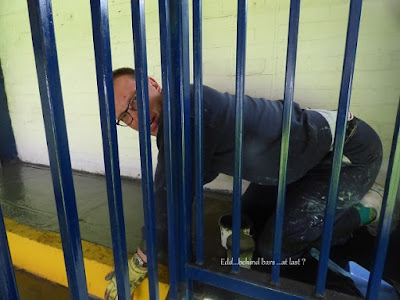 So I hope that this has given you a flavour of what Help the Hatters get up to.
In just one morning this was what went down.....

The Danny Stand Exterior was Painted.

The Railway End was Swept.

Under the Danny Stand the corridors were primed for painting phase 2.

Thanks to all who turned out today.