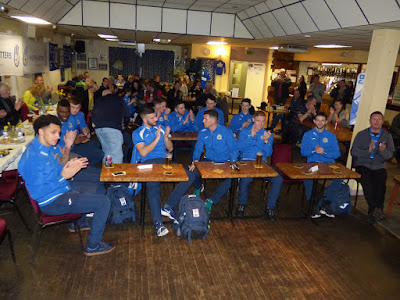 Saturday 4 March 2017 saw SCAN again pull out all the stops to honour County players current and from days long past. 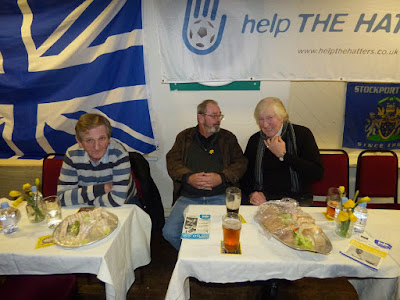 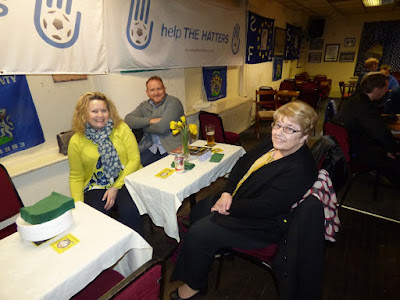 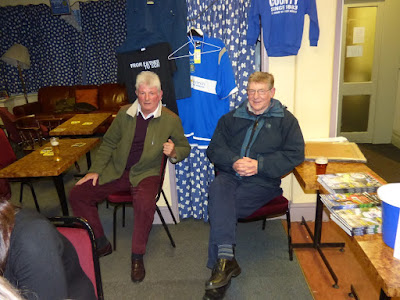 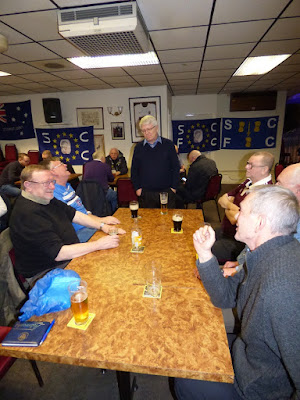 On a night when there were other attractions on, a decent turn out settled down in the Bungalow to warm up after watching County in conditions less than comfortable warm. 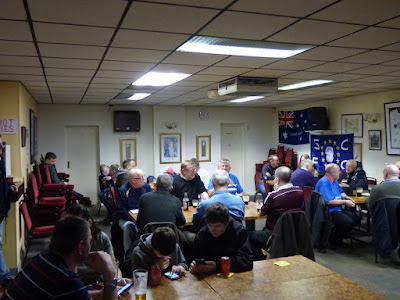 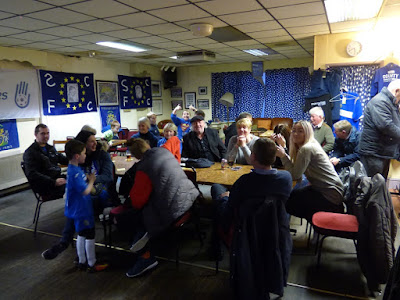 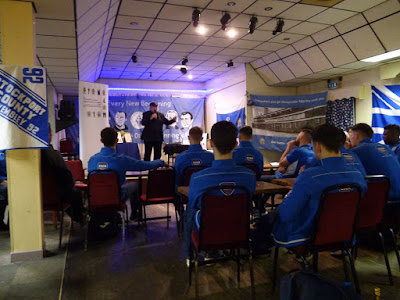 Fitzy opened proceedings with a rousing speech ranging wide over past and current teams and players. 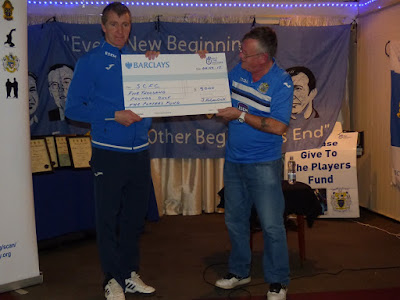 Fitzy was followed by  a presentation, by Ian Lancashire to James Gannon, of a cheque for £5000 from the Players Fund.

Prime SCAN mover, and County Historian, Marcus Heap then took to the stage giving everyone a neat summary of things County over the ages. 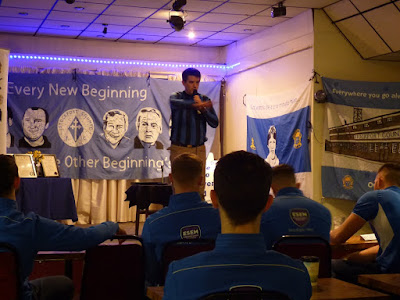 On then to the SCAN presentations...... 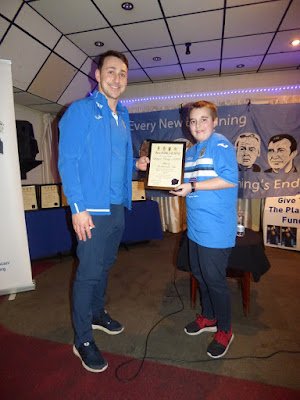 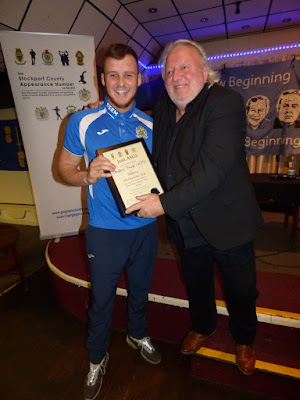 .....whilst A Man in a Hat presented to Jimmy Ball. 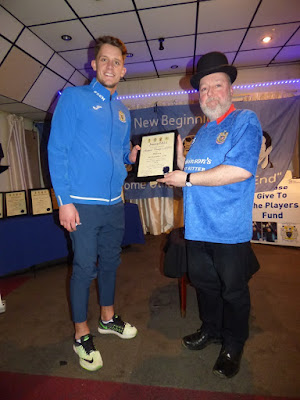 On then to Max Cartwright and former County star Eddie Garbett did the honours this time. 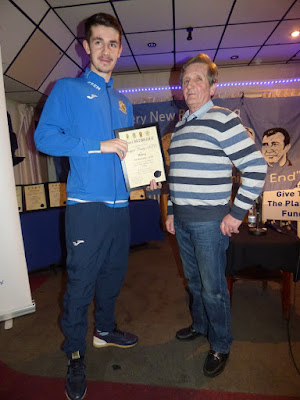 Another County hero John Griffiths did the biz for Michael Clarke ..... 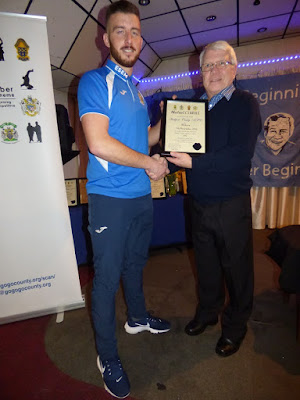 ....whilst  Charles and Ethan Gregory were delighted to present to Danny Lloyd 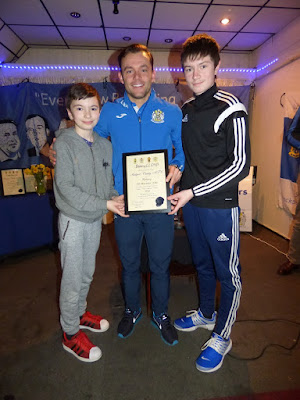 On to Sam Minihan who took his certificate from Gareth Evans. 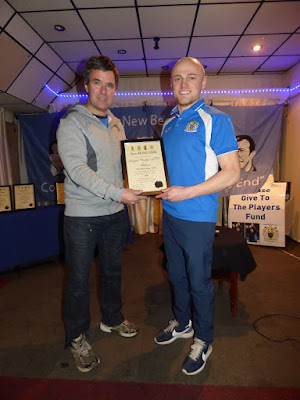 Lewis Montrose came on stage to great acclaim, to receive his certificate from Gordon Cundhill 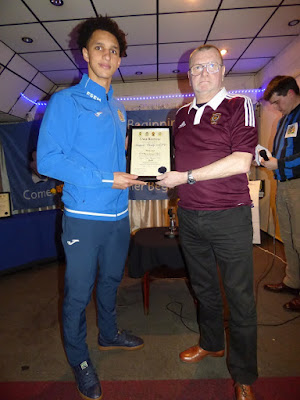 Captain Mark Ross was next up and Doug Griffiths gave him his certificate. 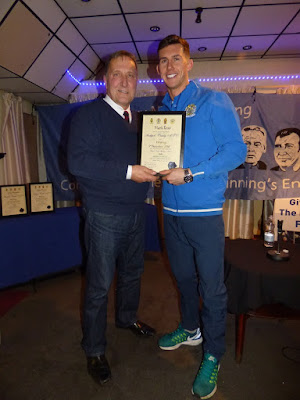 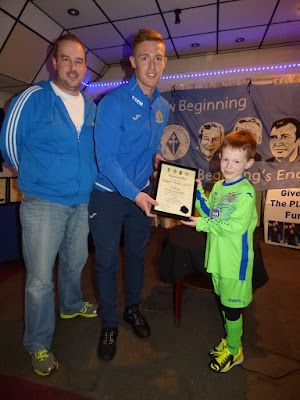 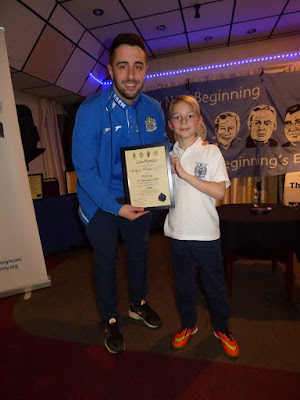 Last up was Kayode Odejayi , coming on stage to great applause.Tim Brown was delighted to present Big K with his certificate. 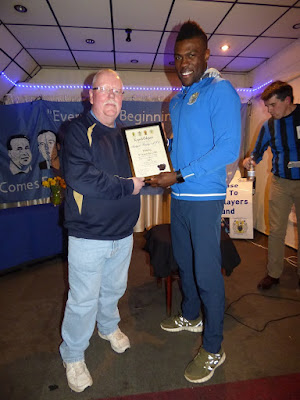 This only left some final words from Marcus and another successful SCAN event had finished! 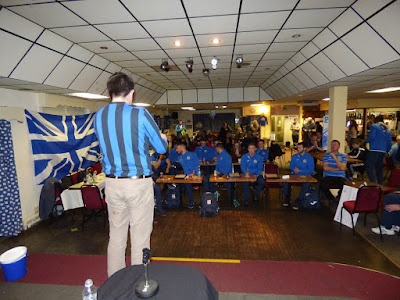