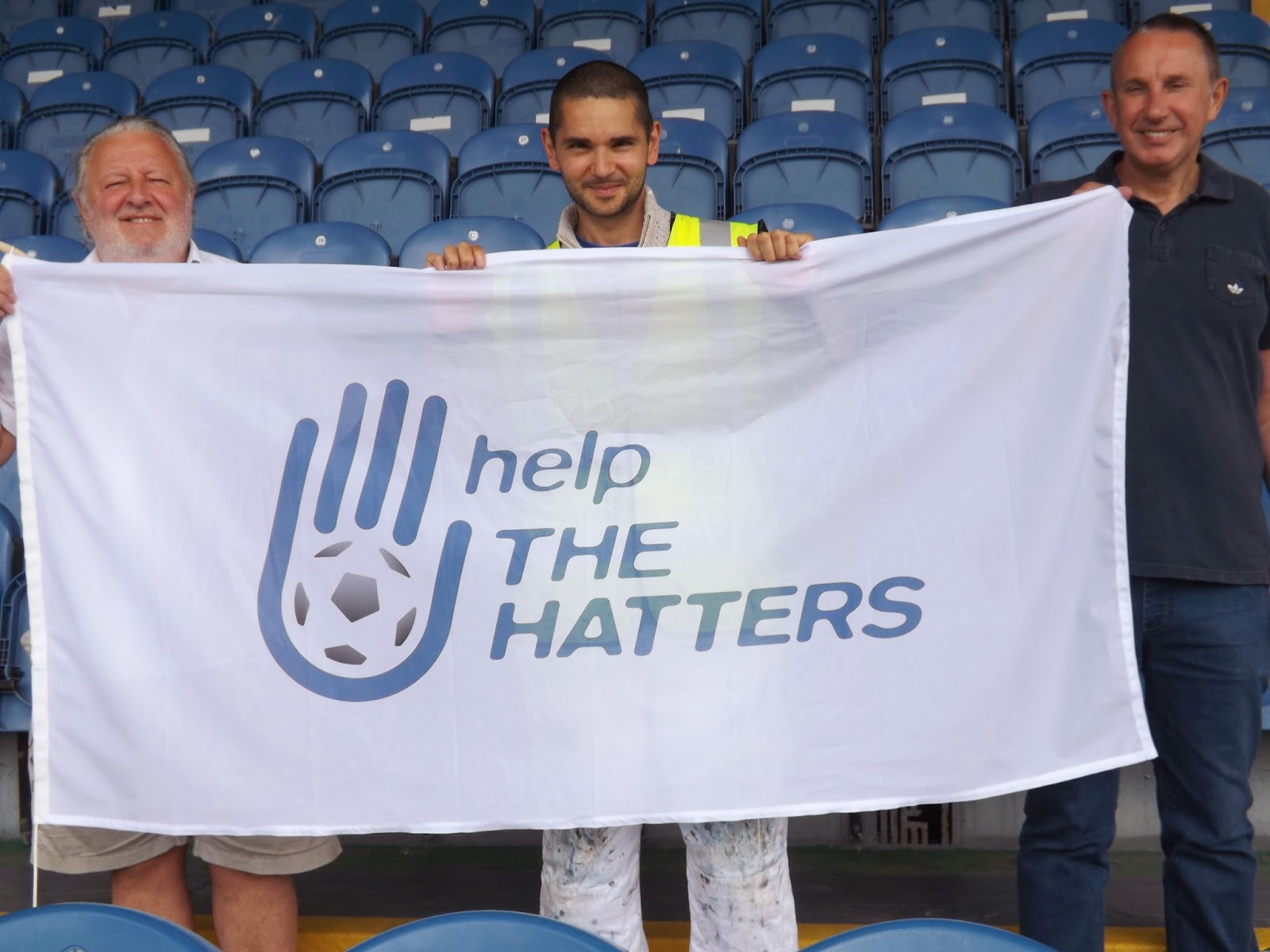 It`s a week or two since last you had an Update to flick through, and I hope this one proves of interest.
With the Close season Working Party`s behind us, and with the warm glow of achievement from 14 excellent efforts , we have turned our minds to other things ,hoping for sunnier times on the playing front. 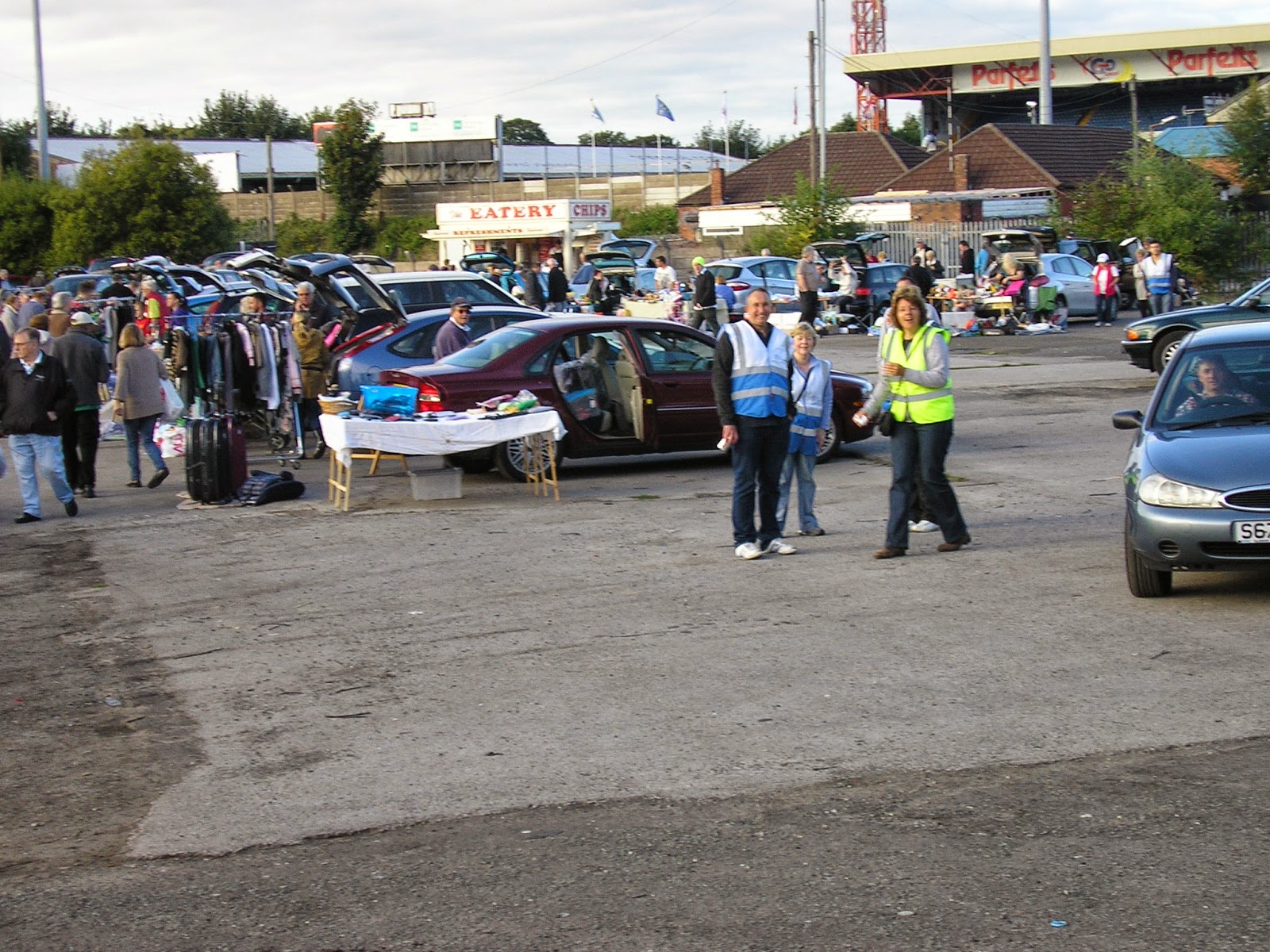 Angela Moore kept at it,  and set about organising another Car Boot at Booth Street. As you know these are doughty fund raising affairs but are pretty labour intensive.
In the event Angela charmed over 90 booters onto the Booth Street site, she and her excellent team ensuring a decent income for Help the Hatters ( and ultimately the Club), and earning our congratulations as well for a job well done! 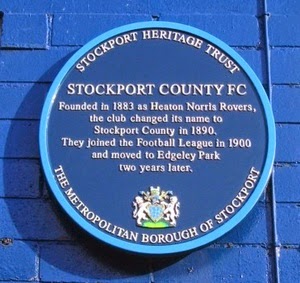 This has been pretty well covered publicity-wise and is now up and running. In the region of £3k has been raised thus far( equivalent of £1.5k shares to the Supporters Coop).
Supporters wanting to donate should note that the donate buttons on this blog, the Help the Hatters  and Supporters Cooperative web sites all feed into the fund as does the central info site

Traffic is steadily increasing on this blog, so, with total hits almost at 127000, I thank everyone for their continued support, and hope that you all keep visiting and enjoying what you read.
In the pipeline are a mix of first team match reports( every game)and all the Development Squad matches, certainly at home and where possible away.
I recently spent some time at the Wellspring in Harvey Street Stockport- the wonderful charity that tends to the needs of Stockport`s homeless so magnificently. 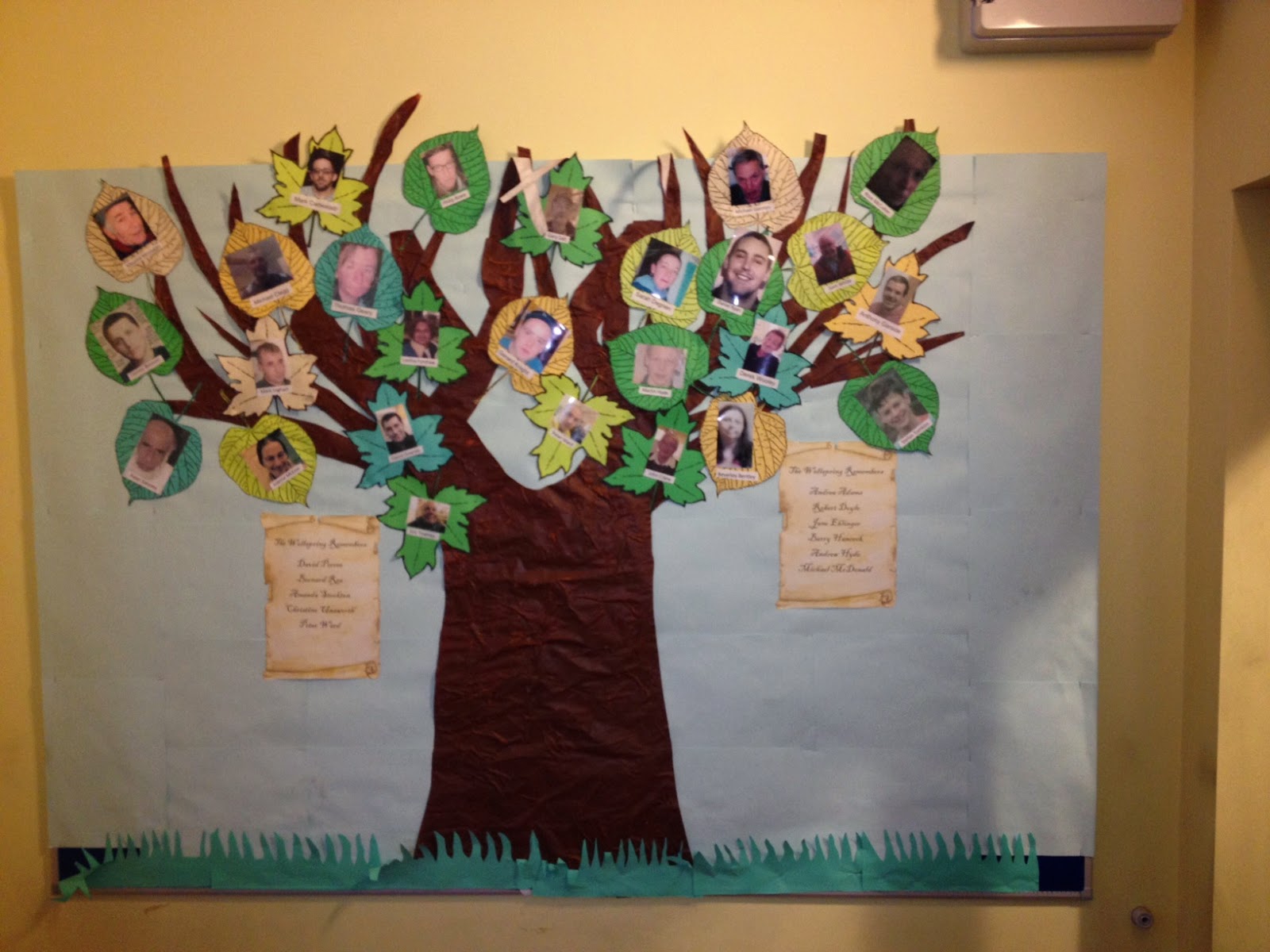 An article about the Wellspring is up coming in the next 7 days or so, meanwhile if you care to donate a quid to this worthy cause you can do so  with by texting

A Man in a Hat

I am constantly being asked, when Man In a Hat is going to darken our doors, or more accurately ,the doors of hamlets and villages hither and definitely thither!
Well...wonder no longer Hatter....the next away game at Hednesford sees him on his travels once again, and a full report , resplendent with the usual gruesome pics, will appear not long after on the blog.
Meanwhile....here`s a pic of said wanderer....without hat! 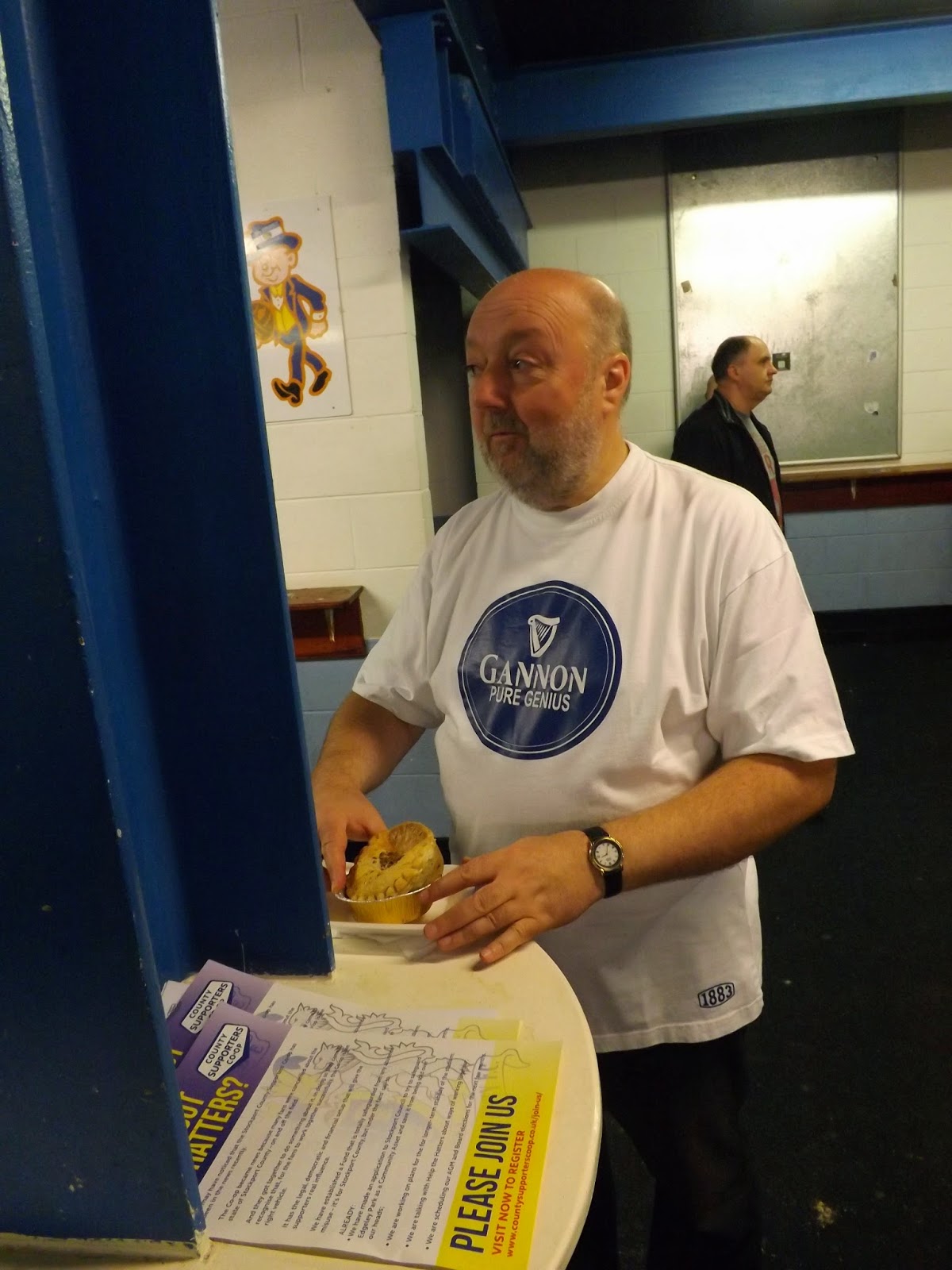 Feel free to send in a suitable caption if the mood takes hold!
It`s a chicken balti pie, by the way !

Help the Hatters continue to work closely with the Supporters Cooperative in the interests of County supporters generally, and would like to draw your attention to the fact that the Coop have a stall EVERY MATCH DAY, at the top of the stairs.....Cheadle End...near Connor`s Bar ( or whatever it`s called just now) . 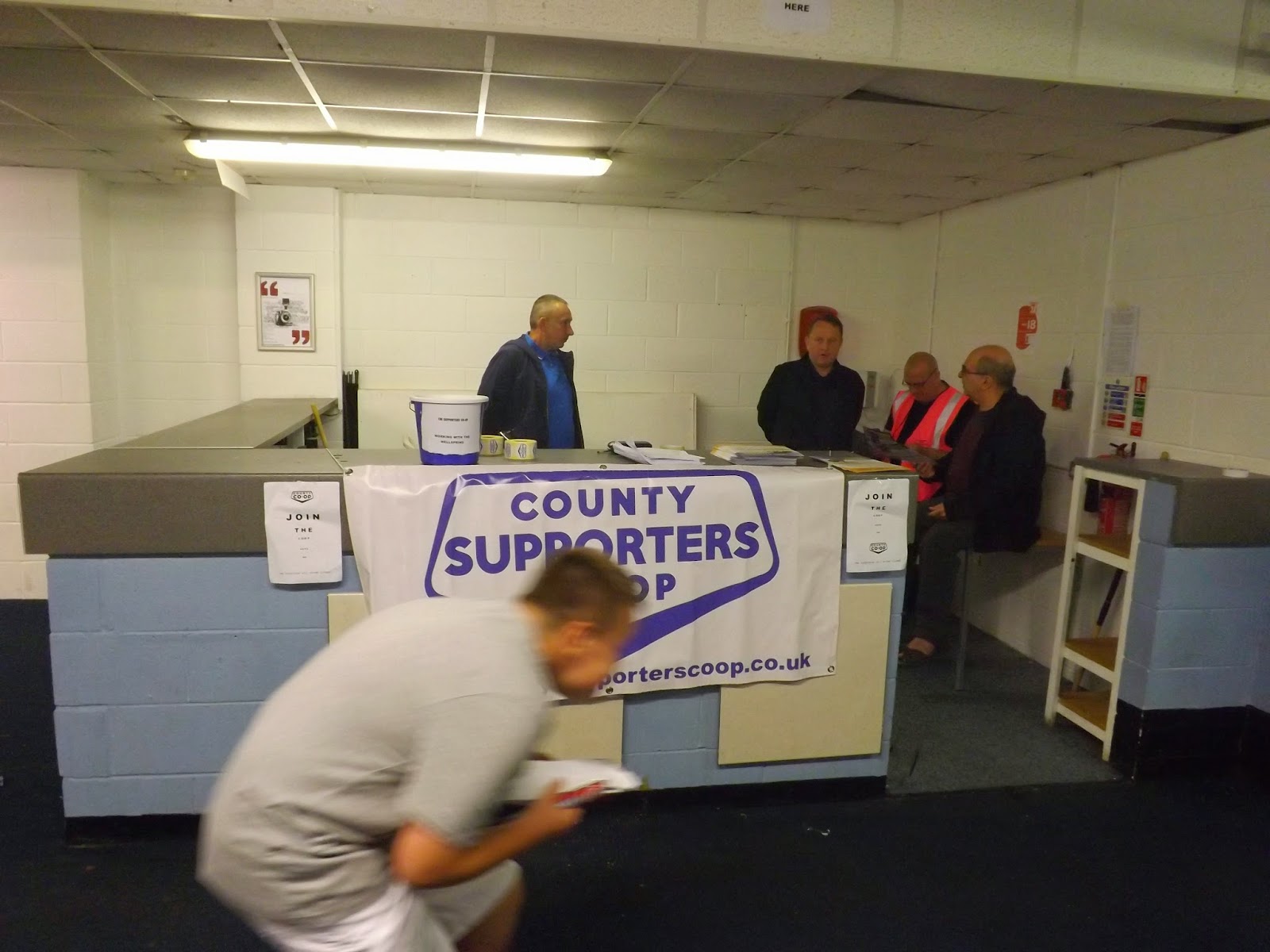 If you are not yet a member ( 600 others are) then why not pick up a form from the stall and join?