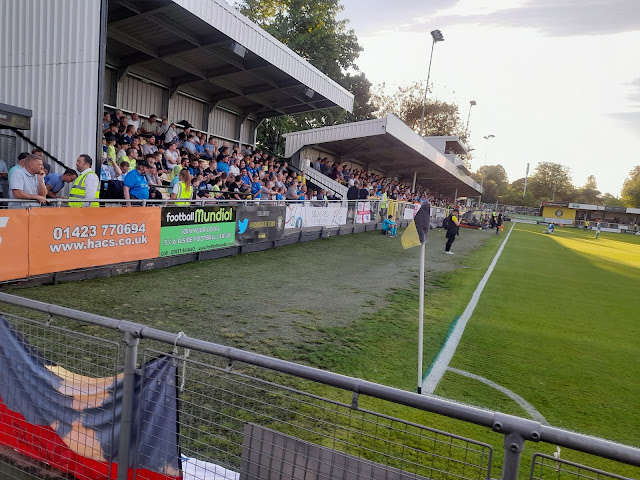 Wetherby Road was the scene of a welcome turn around in County`s early season fortunes as the blues rewarded a decent Tuesday night away following with a thoroughly well-deserved win in the First Round of the League Cup against Harrogate Town tonight.         The Yorkshire side were widely expected to win this one not least due to County`s indifferent form previously in the league, but DC`s men had other ideas and the much-changed side rewarded the manager`s confidence with a nicely judged victory. The blues were much changed from Saturday and if no one let the side down some shone like beacons on a muggy but rapidly darkening night. You can look no further than Lewis for County`s star man – he was simply tremendous throughout and quite definitely in his best position smack in the middle of the back line. Johnno stood out as well to Lewis`s left. Brown did well too and I must say that Jaros looked the part as well between the sticks. In the end though excellent teamwork
Post a Comment
Read more 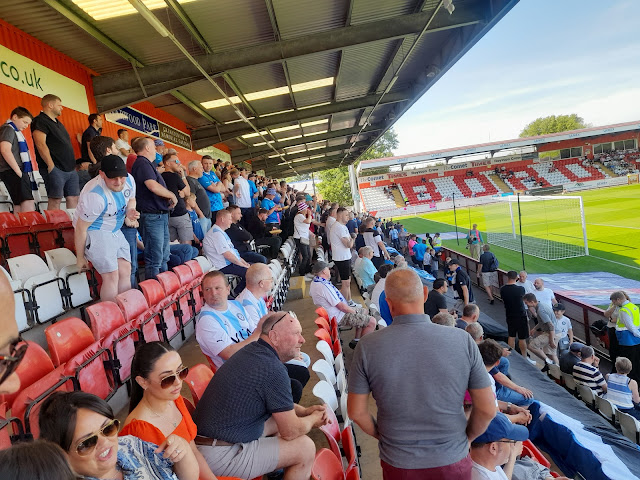 County came unstuck again in their second game back in the Football League losing 2-1 away to Stevenage today. It might have been a different story entirely as County led as late as the 86 th minute via a Camps goal almost on the hour. But then a late implosion saw the lead slip away first through a penalty after Palmer`s tackle on Earley earned him a second yellow and red and County`s opponents a penalty that Norris duly put away to level the scores. What followed was more of less inevitable with the blues down to 10….Stevenage buoyed by the home specs late support and fresh legs having used 6 substitutes in the last half hour, County`s ten were finally overwhelmed as Reid nicked the winner on 95 minutes. I am not that sure what conclusions to draw from this disappointing experience. At 3 o`clock I felt that County had put a pretty decent 11 out- I looked in vain for Brown`s name and still prefer Quigley to Wootton but I was happy with the team we had out. Tha
Post a Comment
Read more
More posts